A ring of fire surrounds Evyatar

Under siege from the moment it was founded, the town of Evyatar faced unprecedented hostility today as the brush was torched on all sides.

Those approaching the new town of Evyatar may have trouble seeing the town itself; hundreds of rioters from the nearby Palestinian Authority city of Beita have begun setting fire to the brush on all sides of the town, covering it in a thick cloud of smoke and potentially cutting off access routes to the new town. Several tires were also set alight upwind of the town, adding choking rubber fumes to the atmosphere. Residents complained of their eyes, noses, and mouths being stung by the hot, toxic cloud. 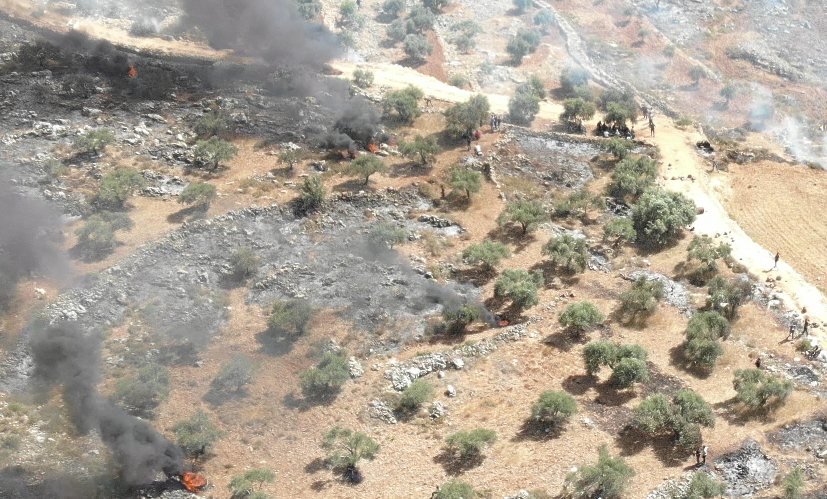 Border guards, IDF soldiers, and Israel Dog Unit (IDU) volunteers began driving the rioters away, using crowd control munitions to disperse the rioters. An IDU drone was used to track the riot’s movement, spot new fires being set, and provide quick and precise information on the situation to all sides of the town. 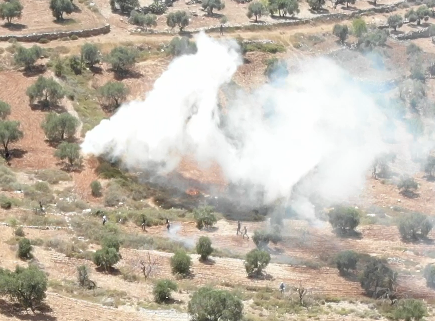 Residents of Evyatar were joined by delegations from several towns nearby as they attempted to prevent the blaze from reaching the town, using large rubber paddles to smother the flames due to lack of proper water mains. A Samaria Fire and Rescue truck, gardening tools, and earthmoving equipment were employed where the fire was too close to the town. 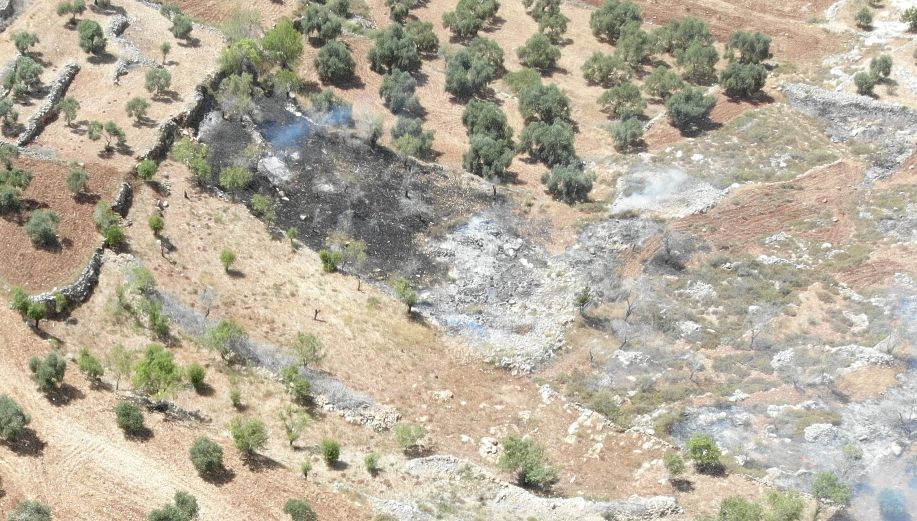 A stretch of olive orchards leveled by arson.

In addition to setting fires, rioters destroyed crops, stoned security forces, directed powerful lasers and strobe lights into the town, and attempted to block access from various roads. A border guard team was dispatched to keep the roads clear. 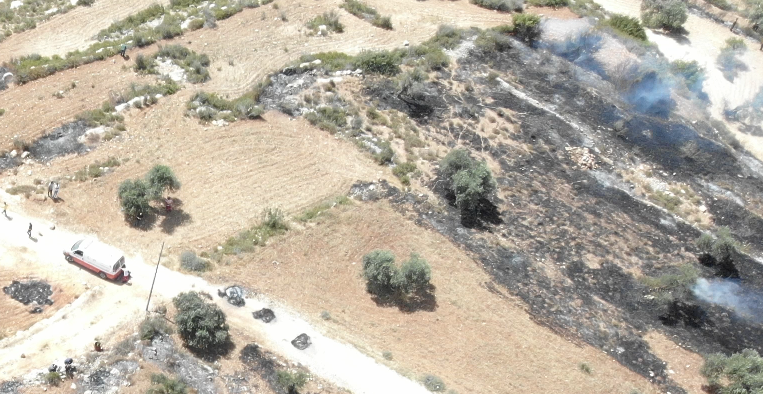 A Red Crescent ambulance, anticipating injuries among the rioters, waits alongside piles of burned-out tires and a stretch of still-smoldering farmland

Residents of Evyatar commented that they are deeply grateful to all official services for protecting the town, and emphasized the need for additional volunteers to help raise funds, carry out construction projects, and stand guard at all hours of the day. The IDU was singled out for particular praise, with one resident commenting that ‘As soon as dogs appear, the rules change. The riots hate dogs, they won’t get within a hundred meters of them.’ 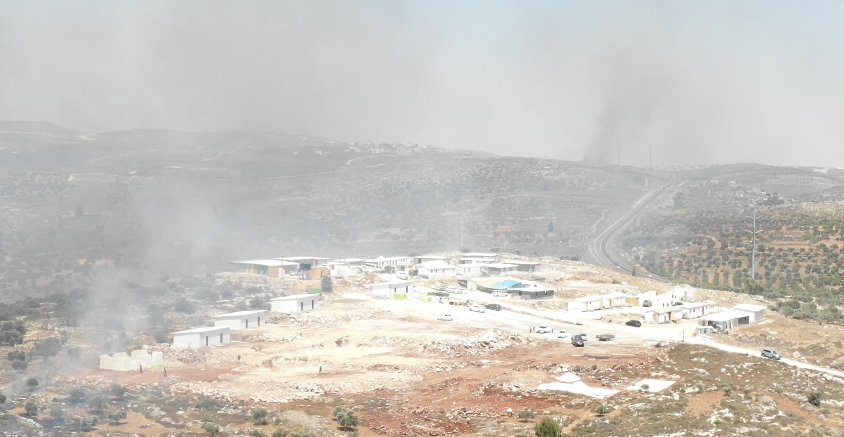 The town of Evyatar, shrouded in smoke from all directions.