The Chelm Report: Anti-Jewish hate crimes in Europe not related to anti-Semitism?

For the last 3000 years, or so it seems, Jewish leaders have been conducting polls trying to gauge how much non-Jews like us. Op-ed.

“Surely this great nation is a wise and understanding people.” Deuteronomy 4:6.

For the last 3000 years, some Jews have been doing their best to disprove this statement from the Torah. Today, we refer to such members of the tribe as “left-wing journalists” and “Jewish communal leadership.”

Case in point: A new article from the Jewish Telegraphic Association relates the astonishment of its author that ongoing anti-Semitic violence in Europe is allegedly unrelated to the levels of anti-Semitic attitudes in the population. The article suggests that European Jewish leaders are similarly mystified by the phenomenon.

This “puzzlement” arises from the results of a poll unveiled recently at the start of the European Jewish Association’s (EJA) Community Leaders Conference. (Aside: Seemingly also for the last 3000 years, Jewish leaders have been conducting polls trying to gauge how much non-Jews like us. Given the consistency of the results, you would think that our chieftains might use our limited resources to better ends.)

One might think that the reason for all this is simple: France and England have more Jews.

However, this explanation falls short. Hungary, too, where attacks are low, has a relatively high percentage of Jews. Moreover, Sweden, which has a lower level of anti-Jewish prejudice, and a relatively small Jewish population, has experienced a wave of anti-Jewish hate crimes.

There you have it. An insoluble “puzzle.” A veritable conundrum.

Or maybe not. What the article fails to mention, and what Jewish leaders apparently dare not state, is that virtually all (if not all) the countries experiencing the most anti-Semitic violence do have one thing in common.

That “thing” being a large population of Muslim immigrants. Unless one has not read a news article in the last 10 years, it should be perfectly obvious that European Muslims are responsible for a disproportionate amount of anti-Semitic violence. Simply put, anti-Jewish prejudice is rabid among recent Muslim migrants to Europe.

Only it is not politically correct to say so. So lefty journalists and European Jewish leaders invent “puzzles.”

Jewish communal leadership in the diaspora has largely been dominated by individuals who have been successful in business. Many left-wing journalists, too, have prospered by towing the “progressive” line. While these people may not always live up to the aforementioned verse in Deuteronomy, they at least prove the truth of another principle of Judaism.

I refer to the Talmudic statement (Avot 2:5) to the effect that doing well in business does not necessarily make one wise.

Marc Berman writes on politics, law, culture, and religion. He can be reached at marcberman222@gmail.com. He is also a chazzan (cantor), whose latest recording, a cover of the Yiddish classic “Dem Milners Trern,” a song featured in the Coen Brothers film “A Serious Man,” can be found hereand below. 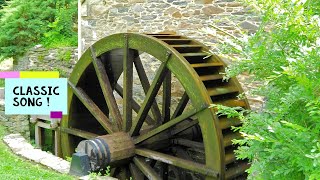